Message Sent
Thank you for your inquiry. We will respond to you as soon as possible.

e-newsletter
Thank you for your interest in our e-newsletter. Our records indicate that you are already receiving our e-newsletter. If you would like to make changes to your frequency settings, please click on the "My Account" link on the left navigation.

Jump to HeaderJump to Main ContentJump to Footer
Planned Giving

Your Contribution,
Our Future

You are at: Planned Giving > News > Savvy Living 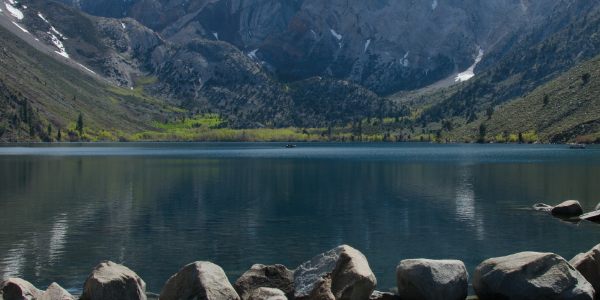 As with any progressive disease, early diagnosis is important to start effective treatment before irreversible damage has occurred. Recognizing the early warning signs of Parkinson’s disease is challenging because they are usually subtle and can be easily overlooked, dismissed or even misdiagnosed.

Parkinson’s disease, which afflicts around one million Americans, is a degenerative disorder that occurs when the brain’s dopamine-producing neurons die or become impaired. This happens in the part of the brain that controls movement. It can cause tremors (or shaking), stiffness and difficulty with walking, balance and coordination.

The symptoms usually begin gradually and get worse over time. The progression of symptoms is often different from one person to another. Some people with Parkinson’s become severely disabled, while others may experience only minor motor disruptions.

While the cause of Parkinson’s disease is unknown, scientists believe genetics and environmental factors such as exposure to certain toxins play a key role. Most people with Parkinson’s first develop the disease around age 60 or older. Men are more likely than women to develop Parkinson’s disease.


Parkinson’s disease is difficult to diagnose because there is no definitive test to confirm it. Doctors, usually neurologists, will do an examination and evaluate a combination of warning signs, but symptoms can vary greatly by patient which often leads to confusion and misdiagnosis. That said, here are some of the key signs and symptoms everyone should know:

Trouble sleeping: Nighttime symptoms include thrashing around in bed or acting out dreams, such as kicking or punching when asleep. This is a REM sleep behavior disorder and one of the strongest and earliest pre-diagnostic symptoms of Parkinson’s disease.

Loss of smell: Another early symptom is not being able to smell certain foods very well like bananas, dill pickles or licorice.

Constipation: Problems with digestion and bowel movements are a big problem for people with Parkinson’s. This is an early sign that can occur up to 20 years before this disease is diagnosed.

Changes in handwriting: Writing may become more difficult and your handwriting may appear much smaller than it has in the past.

Tremors: Slight shaking or tremor in your finger, thumb, hand or chin. The tremor usually happens at rest and it may disappear when you move the extremity. This is the most common and recognizable outward sign of Parkinson’s disease. Typically, by the time tremors start, the brain has already lost more than half of its dopamine-producing cells.

Slowed movement: Over time, Parkinson’s disease can slow movements, making simple tasks difficult and time-consuming. Your steps may become shorter when you walk. It may be difficult to get out of a chair. You may drag your feet as you try to walk.

Speech changes: Symptoms include speaking softly, quickly, slurring or hesitating before talking. Your speech may be more of a monotone rather than with the usual inflections.

Impaired posture and balance: Stooping, leaning or slouching when you stand, and/or balance problems can all be early signs of Parkinson’s.


Currently, there is no known cure for Parkinson’s disease, but there are a variety of medications that can provide relief from the symptoms. In some later cases, surgery may be advised. Other treatments include lifestyle modifications, such as getting more rest and exercise.

Savvy Living is written by Jim Miller, a regular contributor to the NBC Today Show and author of "The Savvy Living" book. Any links in this article are offered as a service and there is no endorsement of any product. These articles are offered as a helpful and informative service to our friends and may not always reflect this organization's official position on some topics. Jim invites you to send your senior questions to: Savvy Living, P.O. Box 5443, Norman, OK 73070.

Monitoring Solutions for Loved Ones with Dementia